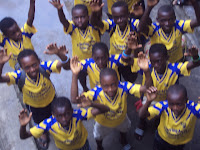 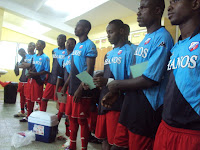 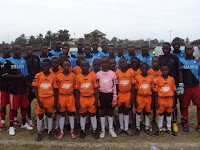 We the Board of Directors of this local Non-Governmental Organization, Be Just Foundation believe that the youth are indeed the Future Leaders for any Nation and therefore, investing in the knowledge, skills and abilities of vulnerable children who are talented in football and other sporting activities will lead to the development of a vibrant and resourceful young men and young women who will lead the transformation of their communities for improved standards of living and sustainable Poverty Reduction. The management therefore approached consultancy firm from the Central Region Development Commission (CEDECOM) who prepared it. Concerning the issue of sustainability, the firm identified key activities which will be pursued by Be Just Foundation which will generate income to ensure the sustainable financing of project activities.

Firstly, Be Just Foundation will adopt an integrated approach to the development of the football academy. That is apart from enhancing the knowledge, skills and abilities of the children, the Foundation will also train the children in entrepreneurship, leadership and enterprise development skills so that at the age of 18 years those children who could not continue with the football industry will be in a position to establish small scale businesses as a strategy to address youth unemployment in the Cape Coast Metropolis. Be Just Foundation will establish identified small scale businesses in partnership with the children when they turn 18 to generate resources to sustain project activities.

Secondly, in the immediate plan, Be Just Foundation will establish a community ICT training centre, internet café and a tourist information office in the central business district of Cape Coast. This centre will train school children including the football team in ICT skills and the internet access.

Thirdly, Be Just Foundation will identify young adults who are above 18 years and train them in agricultural skills and support them with micro-credit and logistics to enable them cultivate vegetables on commercial basis in the northern part of the Metropolis where agricultural lands are available. Be Just Foundation will buy these vegetables from the young farmers and distribute them to leading restaurants and hotels in the Central Region for income.

Meanwhile, Be Just Foundation will also set up small scale water processing business project which will manufacture quality sachet water for the public. This project has potentials to generate considerable revenue to support the foundation and later the business will produce bottled water. In the long term Be Just Foundation will invest in waste processing or recycling which has huge market potentials in Ghana since the Cape Coast Metropolitan Assembly has difficulty in managing the waste.

Finally, Be Just Foundation will turn up quality young footballers who could be loaned to premier clubs in Ghana and possibly to win international contracts with international football teams, and this could bring enough revenue to sustain the foundation it developmental project to implement it mission and objectives.
As a registered football club affiliated to the Central Regional Football Association, BE JUST F/C seeks participate in football to the highest level and produce quality footballers within the local and international football leagues as well as producing players to feed the national teams.

BE JUST F/C exists amongst other things to use football as a means to assist the less privileged in the society (I.e. orphanages, prisons, and hospitals) through periodic donations and visitations.

BE JUST F/C was founded on July 2007 by a humble and hardworking man called Mr. Jacob Anthony Aihoon. The success of the club has been powered by Mr. Francis Akakpo and Mr. Dominic Sam-Allotey.

As a soccer club based in Cape Coast, where soccer in Ghana is believed to have been introduced by Mr. Briton, a Jamaican born British, who was then Head Teacher of Philip Quaque Government Boys School in Cape Coast. As the popularity of the game grew, other clubs along the coast, namely: Accra Hearts of Oak, Cape Coast Venomous Vipers, Cape Coast Mysterious Dwarfs, Sekondi Hasaacas and Sekondi Eleven Wise all amateur clubs were formed. we have a strong commitment to bring to light disciplined, talented footballers and groom them to become international stars.

The Club, with the aim to reach further heights is seeking sponsorship in the area of finance and logistics. The management wishes to attract a pool of sponsors in order for us to successfully steer the affairs of the club. Management is ready to accept any organization who wishes to be a partner in our quest.
The management has put in place flexible terms of contract for prospective partners, sponsors, and donors.
Posted by Tony at 7:25 AM 3 comments: 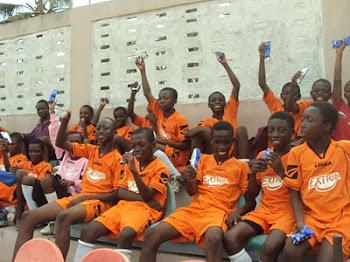 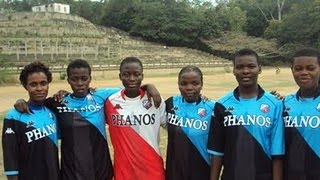 Developing the Youth Through Soccer

Be Just Foundation exists as a social platform to scout, unearth and develop football talents, we are focused on every child achieving success and reaching their true potential, using the skills and knowledge we each them and the experiences we offer, to build a better life for themselves, their families and their communities.

Be Just Foundation cherishes a vision of becoming a reliable and dynamic development model for harnessing the football and sporting potentials of vulnerable children towards the promotion of an integrated social-economic development for poverty reduction and wealth creation and highly disciplined football club run with a high sense of professionalism in an environment that is conducive to producing quality footballers who will fit into all spheres of football.